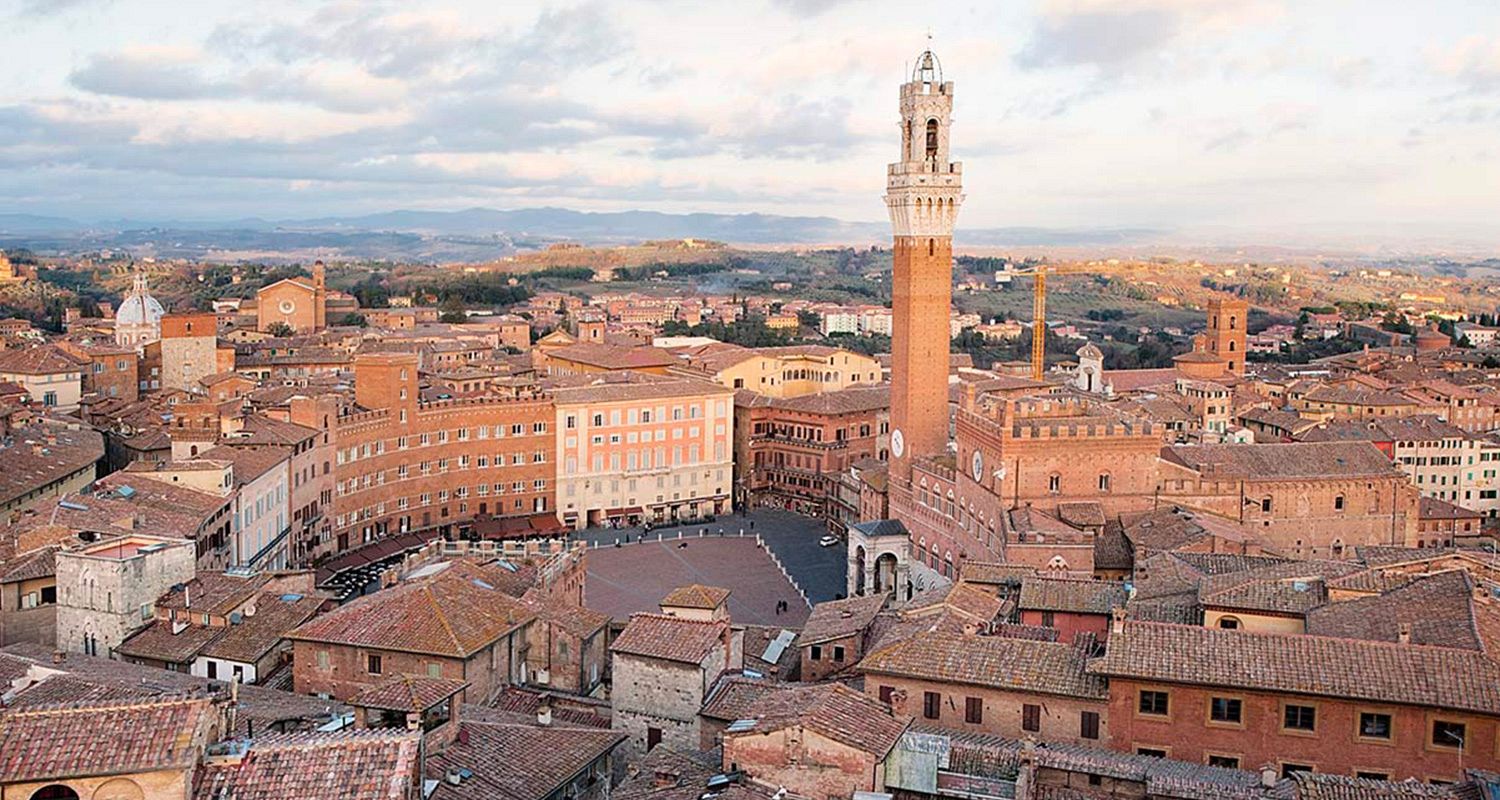 From Florence to Rome with stop in San Gimignano & Siena

Your driver will pick you up at your hotel or apartment in FLORENCE
and he’ll drive you to your address in ROME
with stop in SAN GIMIGNANO AND SIENA.

First stop will be SAN GIMIGNANO, driving a scenic road.

Once in Siena you'll immediately notice an ancient and mysterious atmosphere floating through the little, narrow streets and squares. You'll feel as if you've stepped backwards in time. Draped on its three hills, Siena is a very beautiful city to visit, a flamboyant medieval ensemble of places and towers cast in warm, brown, Siena-coloured bricks. Its soaring skyline is its pride, dominated by the gothic cathedral (Duomo) and the taut needle of the Torre del Mangia and yet the shell shaped Piazza del Campo, probably captures the most attention and fame. It has been seen in films, photographs, and advertising campaigns. The bricks cover the sweetly sloping land underneath and are witness to many events in history, but the most intriguing is the "Palio" horserace, one of the most important things in the life of a Siena native. In the piazza on 2 July and 16 August there is a bareback horse race that was first recorded in 1283, but may have had its origins in Roman military training. On those days mayhem takes over this small town and non-natives can observe local patriotism at its best and worst. Any and everything will be done passionately to bring home the prize. The prize is the "Palio," a banner to be shown off with pride for the whole neighborhood it represents. The duomo (1136 - 1382) is one of the most spectacular in ITALY and one of the few to have been built south of the Alps in full gothic style. In 1339, the Sienese decided to build a new nave to the south with the aim of making the biggest church in Christendom. This plan come to nothing when plague hit the city, killing off much of the population. The uncompleted nave now contains a museum of Gothic sculpture.

End of our services in ROME.
NOTICE: IT’S POSSIBLE TO DO THE TRANSFER TOUR IN THE OPPOSITE WAY (ROME – FLORENCE).