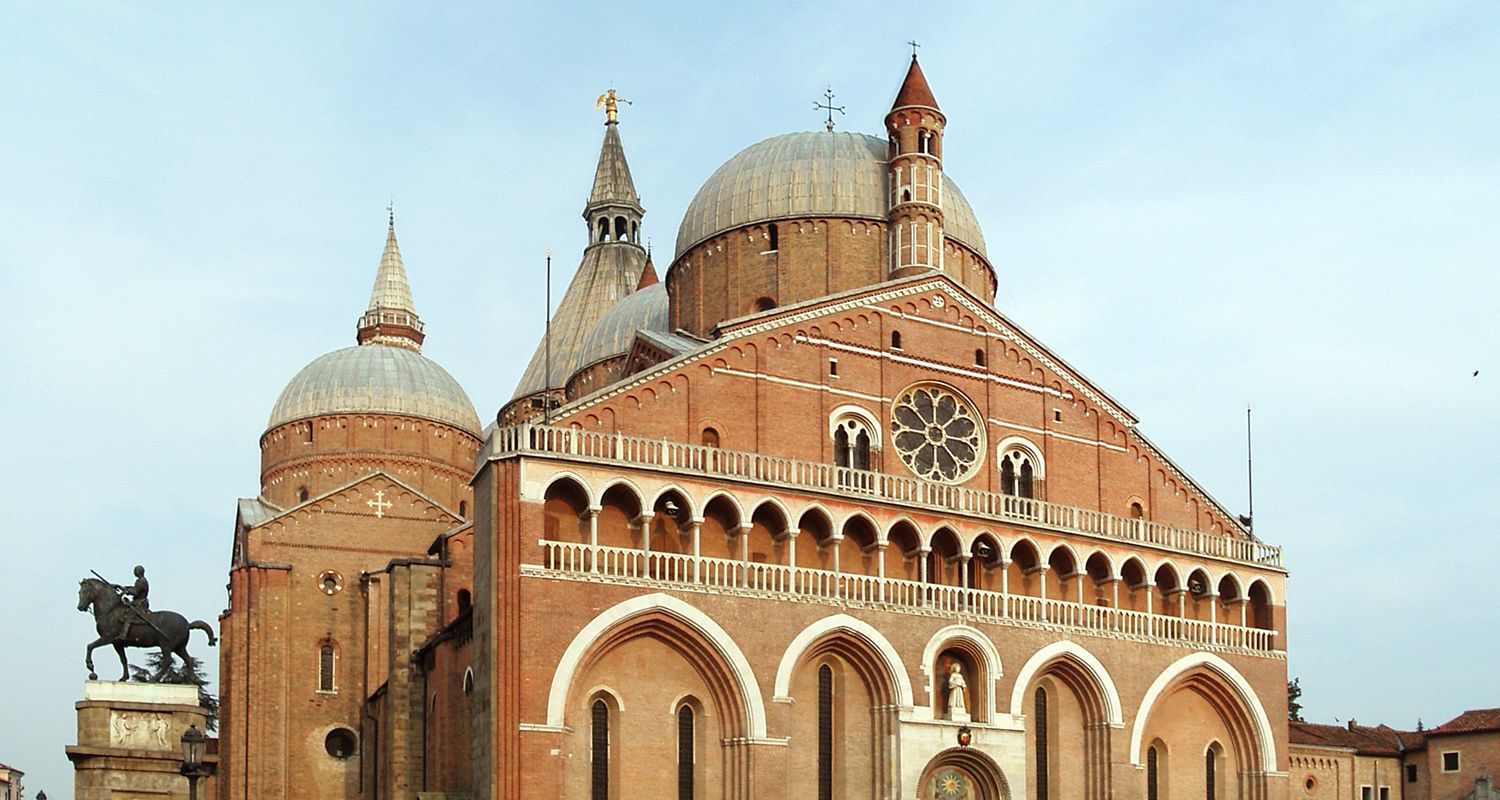 From Florence to Venice with stop in Padova

Your driver will pick you up at your hotel/apartment in FLORENCE
and he'll drive you to VENICE with a stop in PADUA.

Padua, Italy, (Italian: Padova IPA: ['padova], Latin: Patavium, Venetian: Padoa) is a city in the Veneto, northern Italy. It is the capital of Padova province and the economic and communications hub of the province. Padua's population is 211,985 (2004). The city is sometimes included, with Venice (Italian Venezia), in the Padua-Venice Metropolitan Area, population 1,600,000.
Padua stands on the Bacchiglione River, and Brenta river (which once passed inside the city) still touches northern districts, 40 km west of Venice and 29km southeast of Vicenza. Its agricultural setting is the Pianura Veneta, the "Venetian plain," To the city's south west lies the Euganaean Hills, praised by Lucan and Martial, Petrarch, Ugo Foscolo, and Shelley.
The city is picturesque, with a dense network of arcaded streets opening into large communal piazze, and many bridges crossing the various branches of the Bacchiglione, which once surrounded the ancient walls like a moat.
Padua is the setting for most of the action in Shakespeare's The Taming of the Shrew.

Arrival in VENICE, end of our services.