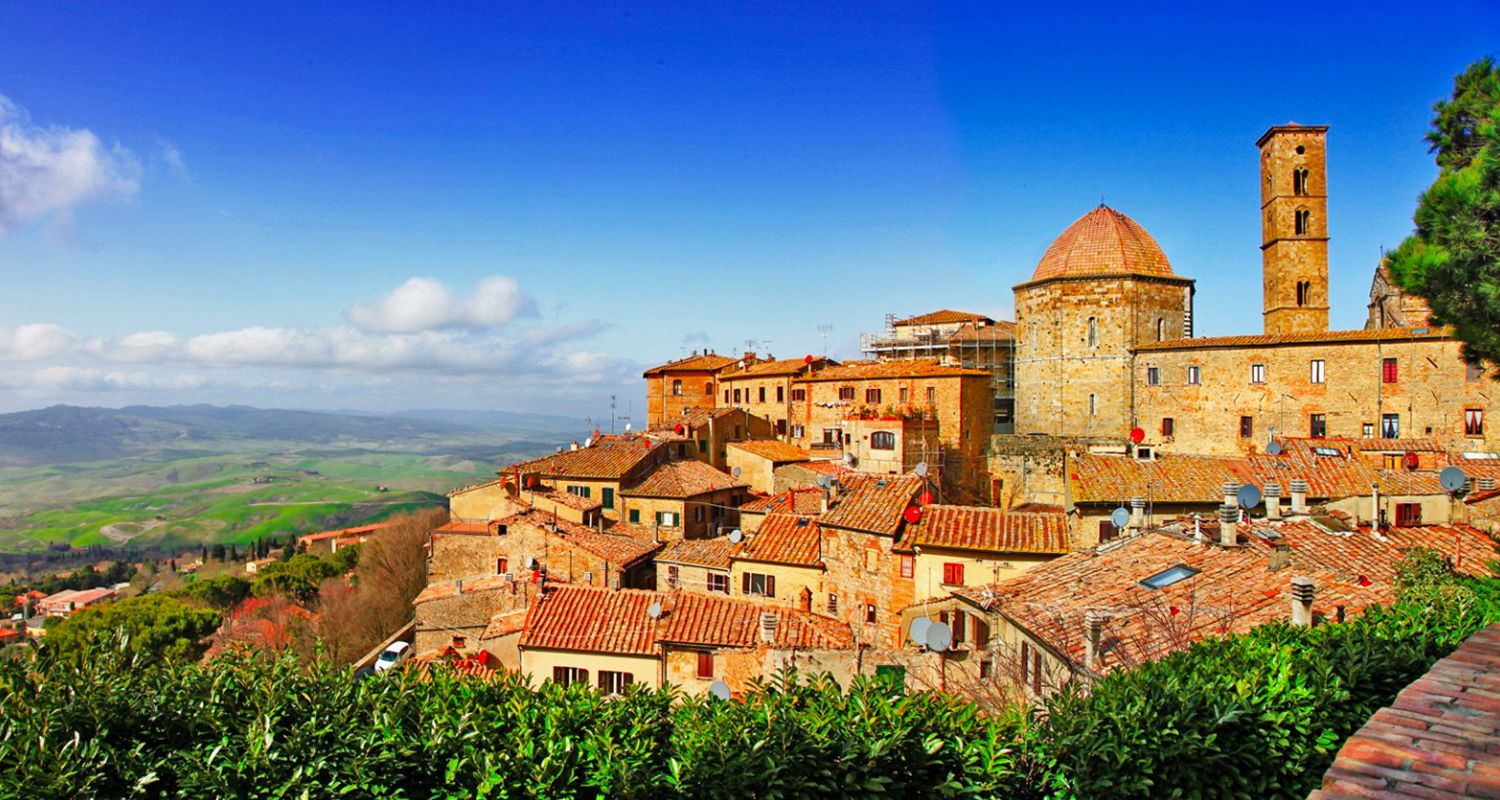 Your driver will pick you up at your hotel or apartment in FLORENCE
and he'll drive you to SAN GIMIGNANO.

After the visit we'll proceed to VOLTERRA.

The town was a Neolithic settlement and an important Etruscan center with an original civilization; it became a municipium in the Roman Age. The city was a bishop's residence in the fifth century and its episcopal power was affirmed during the twelfth century. With the decline of the episcopate, Volterra was the subject of the interest of Florence, which defeated Volterra many times though rebellions sometimes took place. When the Florentian Republic fell in 1530, Volterra came under the control of the Medici family and later followed the history of the Grand Duchy of Tuscany.

- Roman theatre (1st century BC), excavated in the 1950s.
- Piazza dei Priori, one of Italy's most beautiful squares.
- Palazzo dei Priori.
- Cathedral of Santa Maria Assunta. It was enlarged in the 13th century after an earthquake. It houses a ciborium and some angles by Mino da Fiesole, a notable wood Deposition (1228), a masterwork of Romanesque sculpture and the Sacrament Chapel, with paintings by Santi di Tito, Giovanni Balducci and Agostino Veracini. In the center of the vault are fragments of an Eternal Father by Niccolò Circignani. Also noteworthy is the Addolorata Chapel, with a terracotta group attributed to Andrea della Robbia and a fresco of Riding Magi by Benozzo Gozzoli. In the nearby chapel, dedicate to the Very Holy Name of Jesus, is a table with Christ's monogram, allegedly painted by Bernardine of Siena. The rectangular bell tower is from 1493.
- Guarnacci Etruscan Museum, with thousands of funeral urns dating back to the Hellenistic and Archaic periods.

Outside the city, in direction of Lajatico, is the Medici Villa di Spedaletto. Also in the neighborhood, in the Valle Bona, area, are excavations of Etruscan tombs.